LSHA Annual Constituency Stakeholders Meeting on Drug Abuse: We all have a Role to Play says Hon Mojisola Alli-Macaulay 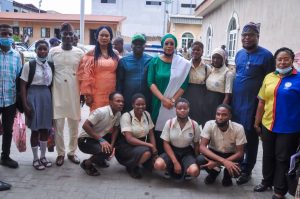 The meeting which held on Thursday, 19 August 2021 simultaneously across all 40 constituencies was themed “Increasing Wave of Drug Abuse: A Threat to Nation Building”

The event which was held simultaneously across all the legislative constituencies in the State had the attendance of Hon. Mojisolaoluwa Kehinde Alli-Macaulay, LSHA member representing Amuwo Odofin Constituency as the Chief Host, the Special Adviser to the Gov on Central Business District Hon. Gbenga Oyerinde, the Executive Chairman of Amuwo Odofin Local Government, Engr Dr. Valentine Buraimoh and his Vice-Chairman, Hon. Maureen Ashara and other important dignitaries in attendance.

Speaking at the event yesterday, Honourable Mojisola Alli-Macaulay stated that the government at various levels has been making efforts in addressing some of the problems associated with drug abuse and its danger to the nation’s youths. She emphasized that the Lagos State House of Assembly’s leadership and members of the House have always taken matters affecting residents, and especially the youths very passionately. 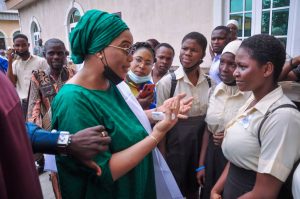 The Executive Chairman, Engr Dr. Valentine Buraimoh in his welcome address recounted that the use of Illegal drugs will not be tolerated in the community. He noted that measures have been put in place to curb drug abuse across the Local Government Area as he advised students present and youths to stay away from drugs in their own interests.

The Deputy Director, National Drug Law Enforcement Agency (NDLEA) who was also present reiterated that the agency is working assiduously to curb the menace of drug abuse amongst the youths. He urged residents to report anyone found with illegal drug substance.

Below is the full speech from Hon Mojisola Alli-Macaulay:

“The use and abuse of drugs is fast becoming prevalent amongst adults and especially the youths. Drug abuse has been identified to have diverse and devastating effects on the safety and progress of the society. Apart from its negative social effects such as violent crimes, disruption of the family, child abuse and neglect, as well as unemployment, it has been associated with some other criminal behaviours such as gang formations, cultism, armed robbery, rape and other social disturbances. There are also the economic and health effects such as loss of job, dropping out of school, stealing, and complicated health issues such as persistent nausea, changes in appetite and weight loss, liver damage, seizures, stroke, mental confusion, memory loss and brain damage, and lung disease. All these have far-reaching consequences on both government spending and public safety.

Besides, more disturbing is the revelation of experts who have established the nexus between the menace of drug abuse and rising incidences of violent crimes in the country such as kidnapping and banditry.”

it is highly instructive to note that the true measure of any progressive society, state, or nation is not merely by its success in the provision of social and infrastructural facilities or its economic achievements, but by the “average achievement in the key dimensions of human development, a long and healthy life, being knowledgeable and having a decent standard of living”. So it must be understood that when we talk about nation-building, it is not merely about the establishment of beautiful structures and recreational facilities but the process of engaging all residents, especially the youth in the development of the nation by ensuring the safety and sanity of all; by nurturing, building and protecting the younger generation who would not destroy but protect our legacy and lead us to the next generation.

The House has continued to be proactive in the consideration of viable laws and policies that would enhance youth potentials and development. Some of the recent laws that were passed attests to government efforts on this matter such as the “Law to Amend the Lagos State Sports Commission Law 2015, to Promote Youths and Sports Development in Lagos State and For Connected Purposes”. The Law will ensure that youths are provided with great opportunities not only in the area of recreation but where they can nurture, explore and utilize their potentials in sporting activities to become professional sportsmen and women. This would also take the minds of many of them off drug abuse and criminal activities. You will find comprehensive details of the Laws passed by the current 9th Assembly on page 10 of this programme brochure. Similarly, you will find details of our resolutions addressing various socio-economic needs and political issues affecting constituents and reflecting your mandate to us as your elected representative across the State on page 10-11.

Some of the bills under consideration which are youth-oriented include “A Bill For a Law to Provide for the Establishment of the University of Education, Lagos and for Connected Purpose”, it seeks to provide courses of instruction, training and other related studies as may be prescribed towards the award of degrees and certificates, while the other is aimed at establishing the Lagos State University of Science and Technology, to make provisions for its Powers, Functions and General Administration and for Connected Purposes”. The Bill is seeking to address the inadequacies in the polytechnic educational system with a view to upgrading the Lagos State Polytechnic to the status of a conventional University that would provide the opportunity for students that have preference for university education to fulfill their dreams as records have revealed the continuous drop in the enrolment of students into polytechnic due to the seeming inferior perception of polytechnic graduates. 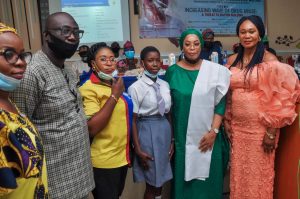 While the passage of the Lagos Neighbourhood Safety Corps is aimed at ensuring the safety of all in our neighbourhood, the prevalence of drug abuse amongst adults and youths, if not effectively addressed and curbed will jeopardise the entire efforts of the House in the establishment of a safe, peaceful, and livable society.

We call on all stakeholders; residents, parents, teachers, students, school proprietors, religious organisations, celebrities, social media influencers, professional bodies, the academia, civil society organisations, community leaders, and individuals to work in concert with the government for the common good of our society by saying “No To Drug Abuse” and drug trafficking. Let us remember that our youths are our future and we must show more concern about their welfare. They are the hope of the next generation who can build our State and indeed the nation through positive contributions in sports, politics, education, the arts, science and technology, and innovations that solve future problems as future leaders. Without these, there can never be any meaningful sustainable development in the State and the nation. “

Others in attendance for the event were Leader of the Legislative Council, Councillors, Apex Leaders, Youth Leaders, Religious Leaders, Traditional Leaders and Ambassadors from Festac Girls Secondary School.

The August event had a very robust interactive session availing participants the opportunity to contribute their opinions to the discussion of the meeting.