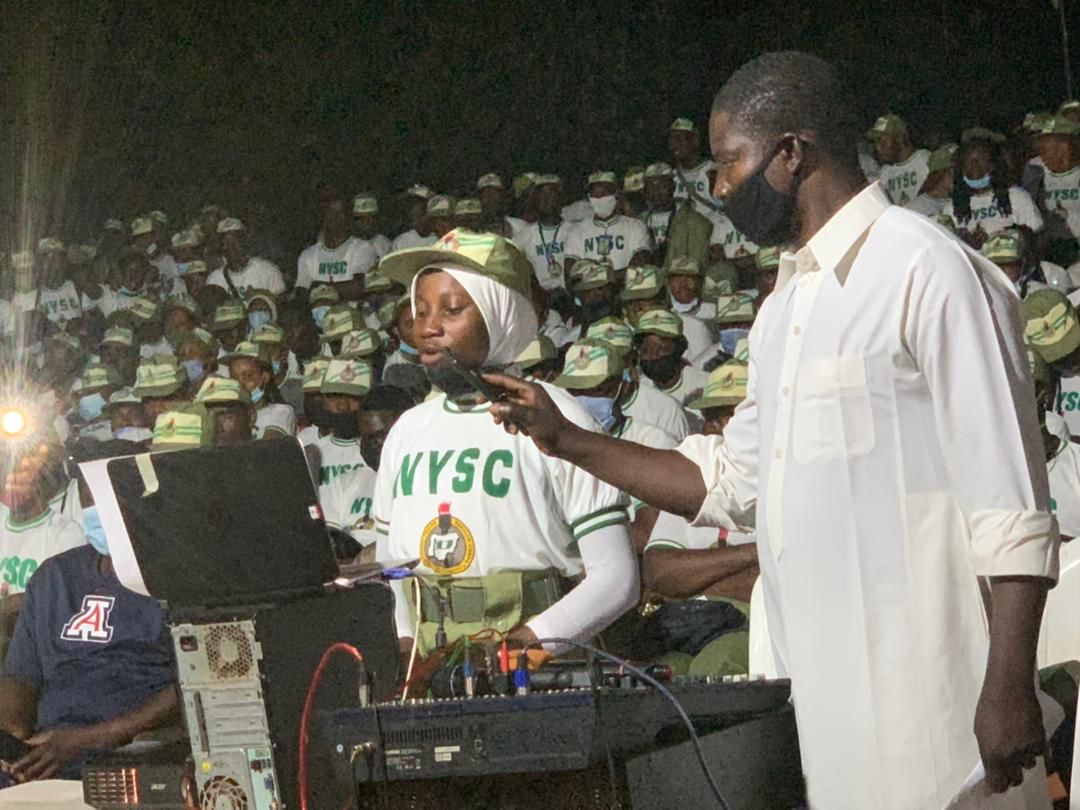 I was quite skeptical about registering for the 2021 Batch C of the National Youth Service Corps (NYSC), because I felt I needed time to mentally and financially prepare. I summoned the courage to register, then I received the call-up letter on October 17 to resume for the orientation camp on October 27, 2021 at Dakin Gari camp, Kebbi State.

It was stressful and tiring when I had to attend to pending assignments in one day  just so I could resume in camp- had to complete my school screening and also to wait for my statement of result.

Praise be to God I got everything cleared and moved to the park to board the bus going to my destination. The bus took off at night. The traveling experience was tiring being the first time out of Lagos State which I had spent my whole life in for 20 years, 9month and 5days old. Upon getting to camp the following evening, after thorough checking at the search points and COVID-19 test, I proceeded to my hostel.

When I got to the hostel I met my roommates who had got to camp before me. I left the hostel that evening and proceeded to the registration point. I was shocked when I saw the crowd. Fortunately, they paused the registration for prayer, when I saw space at the front I just quickly went there and I did my registration, got my kit that day. My roommates were shocked and asked if I used jazz. I responded with ‘jazz ke, I saw space and I entered’. They were like ‘you’ve used Lagos own for them there’, I laughed so hard.

During the registration, while so eager about joining OBS before it’s filled up, I asked one of the officials where OBS was located, he responded with ‘run and call that man going’ fortunately he was the head in charge of OBS. He told him, this you person wants to join OBS, he laughed and said come to the office behind the pavilion in the morning.

The next morning, I went to the office in search of the man who asked me to check back in the morning, Mr. Bala Dambena, he wasn’t in the office but a serving corps member was there. I told him I am asking Mr.Bala that he asked me to come this morning. He said I should check back later. Later in the day, I went back to the office. I didn’t meet him again, but the serving corps member asked me ‘okay! What can you do? I told him newscasting, program presenting, scriptwriting, voiceover, radio drama, reporting, and all. He gave me another assessment to give an impromptu speech as a leader, I did it well. He said I should assume I’m on a program with someone, then interview the person, I did it well. So he asked me to write my name on a paper and check back. It was getting tiring.

I went back again in the evening, I didn’t meet in the office. I went to the camo Hall where he was seated coordinating registration in the book of life. I met him and told him ‘sir, I’ve been checking the office since morning but I didn’t meet you there’ so he said let’s meet the following day by 4 pm for a meeting with other OBS crew.

Finally, we had our first meeting, he briefed us about OBS and welcomed everyone into the family. On the first day on duty, I proposed a program and it commenced the following week.

I don’t know why parade instructors are always furious when we tell them we are going to OBS and not parade ground. One day, my parade instructor saw me under OBS rent and said “you, you run go OBS ba and you sabi the parade, why you congo? I replied with ‘I can do both’ and laughed.

Shebanky is a being that never gets discouraged and always wears many caps. In all, she’s always blessed by the Almighty.

Throughout my stay in camp, I report camp activities, broadcast news, represent my platoon in any speaking competition such as morning motivation, bridging the gap debate competition, and public speaking. 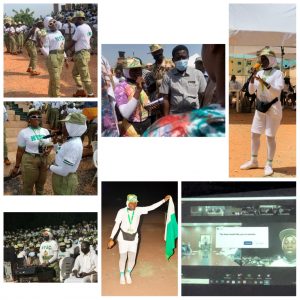 Everyone in camp and camp officials inclusive loves my voice and my style of presenting. I get commendations every day. If any corps member sees me, he/she will say ‘ OBS I like your voice’, ‘wow! OBS I like you’, ‘OBS you too good,  please keep it,  ‘OBS what’s your field, ‘OBS which school did you finish from’ and many more commentaries. Amazingly, Shukurat is loved by all including the State Coordinator, Camp Director, camp officials, and all corps members.

Moving forward to a night before camp exit day, I was quite seated at the pavilion thinking about the next life (service year) and redeployment result to be released the following morning before exiting camp, so I saw the serving corps member walking towards the parade ground, I just hasten to call him. If I had thought that he wanted to give us a task (carrying equipment) I would have called him. Fortunately, he was looking for me and my co-presenter (Fanem Kwanum). So he said “so you are here, I’ve been looking for you, your attention is needed at the State Coordinator’s office”, I replied with “hope no problem?” He said, “they need you to come for a reading task” I smiled, stood up, and followed him.

However, when I got to the office I was told to read an old copy of the vote of thanks and I did. I was screened alongside two OBS crew. But I was chosen to give the vote of thanks after the Director-General’s speech during the virtual meeting with the DG NYSC, Brig. gen Shu’aibu Ibrahim which will take place across the Federation.

The long-anticipated day has come, all corps members are gathered likewise in other states. After the DG NYSC’s speech, I gave a vote of thanks on behalf of the 2021 Batch C Stream 1 Corps members with eloquence and panache. I got positive feedback from him after the meeting, camp officials commended my effort as well.  Friends across the federation make a video of me and on group chats and direct messages commending me for my performance. I felt like a celebrity today, lol. 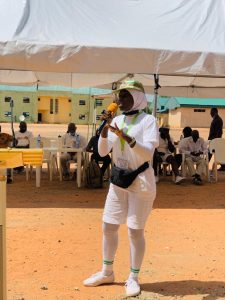 I never knew God has this plan for me despite all my excuses for choosing not to go camping with that batch. I went to Kebbi State, made a good name for myself, made my family, lecturers friends, and school around. I am proud of myself.

LESSONS FROM MY CAMP EXPERIENCE

Whenever you are given any task to do, do it diligently even if you are not paid to do it. You’ll surely get recognized and recommended for greater tasks one day. 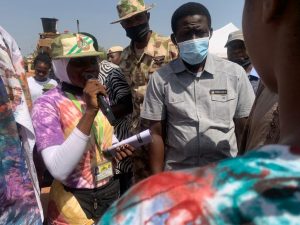 Bankole Shukurat Abiodun (Shebanky) is a graduate of Mass Communication from the Lagos State University, School of Communication.