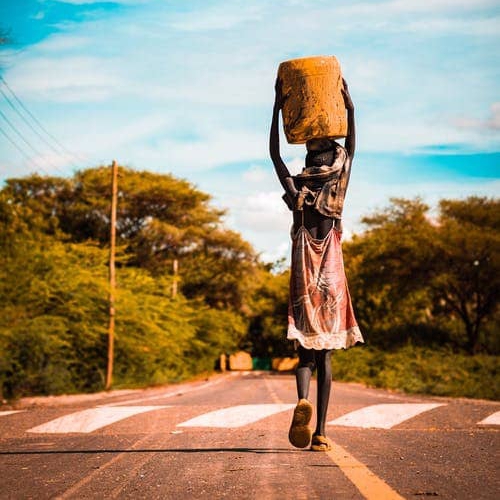 Many do often wonder what is identity Crisis?

An identity crisis is a developmental event that involves a person questioning their sense of self or place in the world, According to Erikson identity crisis is a time of intensive analysis and exploration of different ways of looking at oneself which involves the experiences, relationships, beliefs, value and memories that makes up a person’s subjective sense of self. This helps create a continuous self image that remains fairly constant even as new aspects of the self are developed or strengthen over time.

The above statement is relative to many younger generations of Nigerian who tend to trace its origin defiling the advent of religion, Globalization or colonialism and in understanding true cultural heritage through scientific findings of his/her own history. Many question he/she will often like to ask
Who am I in the face of my traditional heritage?
What are my values?
Is our society today true reflection who we are as a people in cultural context?

While many tend to answer these critical questions, one need to understand what culture in relating to identity crisis is;

The most famous and most acceptable definition of culture is by (Edward Tylor) who defined culture as that complex whole which includes knowledge, beliefs ,arts ,morals ,Law, customs any other capabilities and habits acquired by (a human) as a member of society.

Many Nigerian tend to see their self as a cultural person, but critical examining what culture entails critically have left many with so many questions unanswered and reality of Nigeria society where in cultural context our traditional beliefs system have been eroded and replaced with western and foreign beliefs, with expenditure of Arabs through conquest to many part of Africa from the 12th century which brings about Islam and Islamic rule to many part of Africa to the colonialist invasion in the early 18th century to Africa whose westernization ideological occupation comes with Christianity to man Africa country and society.

Many Africa societies of today are predominantly either Muslims or Christian and identify their self in relative more to these beliefs than their traditional belief, which many often see as barbaric or archaic.

The Lack of not too many African languages in writing or alphabetic documentation before the Arabs or colonial invasion also made it possible for the replacement of indigenous languages for foreign languages in speaking and in writing and those that exist before could not withstand the pressure of colonial occupation.

In relative to the above point in the Nigeria context, the Nigeria society is made up of over 250 ethnics group who house different languages prior to the invasion of Nigeria by Islam and the colonial master, but many could not be put in writing form, thereby making it easy for the replacement of Arabic in predominantly northern Nigeria through Islamic invasion which brought about Islamic rule in predominantly northern Nigeria and western Democratic rule through the invasion of Nigeria by the colonial masters which brought about western democratic rule in Nigeria thereby most Nigeria indigenous language and pre-colonial indigenous system where eroded and replaced by foreign languages and political system.

Our identity as a society in terms of language and political system have been replaced and many cultural indigenous languages in Nigeria will at a matter of time taste the struggle for extinction, going by the realities of Africa society of today.

The stages of colonialism was the first stage Africa as a continent face in the struggle of keeping its identity in place where many artifact and museum in Africa were looted and destroyed by their colonial invaders, many man and woman of Africa origin were enslaved and en-route to western Europe in the early 15th to late 18th century, cutting a bridge of cap in transition and teaching of true African culture, while many were away the colonist never stop there but to also enshrine colonial values ,rules and style of governance on Africa in Africa, where many Africa country where shared like properties among the colonial masters in Berlin(Germany) 1885.

After many years of attaining independence of many Africa countries, many could still not fashion an Africa style of leadership or true identity that reflect true africanism in economics, politics, philosophy, science and technology and are largely consumed through the emergence of globalization which stand as one of the last stages of colonialism and capitalism.
Globalization is define as a process of bringing together the compliant nations of the world under a global village with socio-politico and economic cultural interaction, integration ,diffusion and give and take facilitated information flow and perhaps for the enhancement of the global world.

In light to the definition of globalization mentioned above, it is safe to say that globalization through it dynamism cut across and reflect in every aspect of society today

Politically; Globalization has made many nation form intercontinental and continental community, where nation state sign treaties and are made to respect rules and regulation that are binding on them in these global community.

Africa state are mostly technically forced to join these institution for the fear of economic sanction and embargo and lured with grant and aid, thereby shaping their economic and political style in line with these various institution , where critical decisions and positions are being held and controlled by the colonialist.

Many political decision and administrative policies are not problem solving to the peculiarities of many African societies and many indigenous political thinkers or leaders have over time been silenced , at the end Africa identity in terms of political ideas have been eroded and replaced with western political structure and ideologies.

Economically Globalization had impact most African state negatively to since the emergence of colonialist in Africa, Africa at large economic trade system which value exchange is related to equal economic value exchange of trade and barter system and communal responsibility, where labour among clans where shared and profit shared equally, colonialist exchange these system with monetary values and many economic policies that are mainly capitalist oriented and exploitative.

African states are signees to many economic communities’ treaties which many are transnational and multinational with mostly their head office in Europe and America. Many of these organization like IMF, world Bank and other financial institution are regulated and mostly objected to serve the interest of the 1st world countries, Africa are lure into these organization for economic exploitative purposes has it has been displayed over time through their policies and initiatives.

Many policies for acquiring loans and grants from these institutions include currency devaluation, work force down streaming and sacking of workers, these policies are capitalist oriented and consequently do not serve the interest many African societies and state, in-turn it push many into poverty and economic downturn as it is evident in many Africa state of today, many have incurred high level of debt with little or nothing to show off.

Economic policies being implemented in Africa of today lacks technical and homegrown knowledge to problems facing Africa and its environs, these policies are not solutions and would not be solutions to rising issues confronting Nigeria and Africa at large.

Globalization also affects Africa socially and culturally, leaving many Africans to embrace and adopt various western cultures in food, music, dressing, replacing main Africa ideology in terms of identity, in ways of doing things with westernization and Americanization has the case maybe.

Nigeria fast becoming a failed state under this Cabals

The re-emergence of the Junta

My quest for admission

Crisis in Ethiopia: Rise in political instability and purge into civil war

Dr. Akanni on his appointment as HOD, an ascension to the next level

POLYGAMY: SHOULD WE LOOK AT IT THIS WAY, MAYBE IT WILL MAKE SOME SENSE – Rabiu Afeez

Mama Amuwo at 44: A Servant Leader’s Journey to Greatness

ENDSARS PROTEST: The right time to reform the Nigerian police