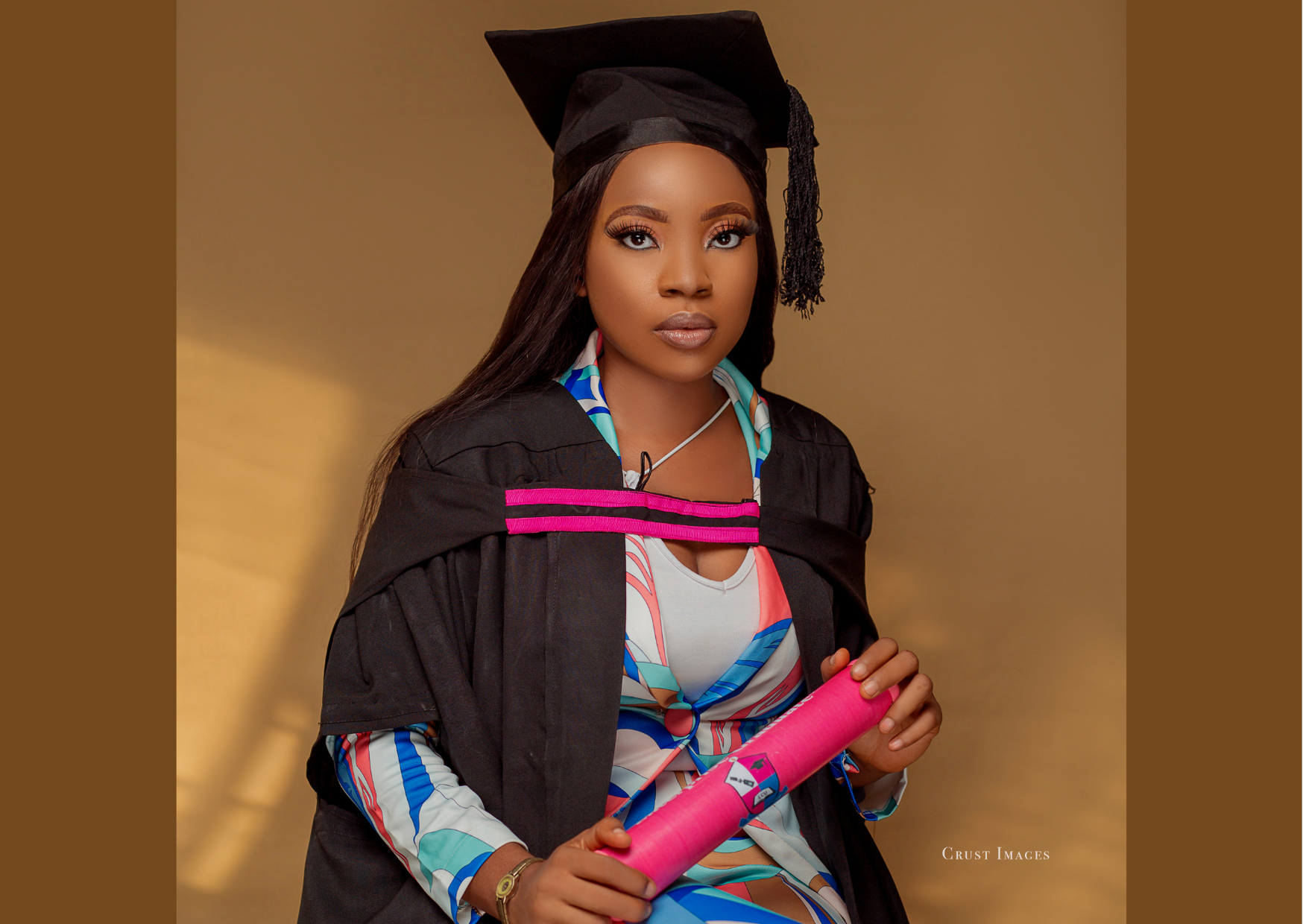 Having to contend for a tertiary admission can wear you out and this exactly is the story of Taiwo Kukoyi, a 25-year-old who recently graduated with a 4.84 CGPA out of a total CGPA of 5.0 from Lead City University (LCU), Ibadan. Taiwo, before her admission at LCU, almost gave up on her quest for admission into the University to study law after sitting for about six Unified Tertiary Matriculation Examination including a Direct Entry attempt. Have a vicarious read as Taiwo shares her story with Yossy Info;

You attempted Unified Tertiary Matriculation Examination six times, how did you break the barriers to achieving almost the best result academically possible?

Let me start with my academic background: I attended police children’s school at Obalende, Lagos where I obtained my first school leaving certificate, and furthered my secondary school at Queens College, Yaba, Lagos. From there I went to a skills acquisition center, where I learnt hairdressing. I also attended College of Arabic and Islamic studies, Ilorin for my A Levels.

The journey wasn’t a smooth one. Initially, I had wished to become a lawyer, so I was advised by a mentor and my sponsor to go to a college in Ilorin. That was how I got two years diploma course in common law after many JAMB attempts. I also attempted Direct Entry into University of Ilorin, which made me strive very hard for a distinction because of its competitiveness in the school and the course itself but all to no avail. Although, the certificate obtained in that college will forever be mine (Alhamdullilah).

My sponsor also volunteered to assist my studies in a private university to study law, since time waits for no one and my twin sister was already in a university studying Mass communication.

Fortunately, I was admitted into Lead City University as a law undergraduate but due to some unforeseen circumstances which are personal to me, I had to drop out again. I resumed jamb classes at career builders and after a while a university staff advised me to change my course to a lower course since my previous paid school fees won’t be refunded and I also have no idea when I would be going back to resume my law class.

That was how I changed my dream course into something similar (criminology and security studies). Resuming classes late which were closer to exam periods, getting to do make-up tests, begging for notes to photocopy and all, I had to become more dedicated to my studies and develop more interest in a course I never thought I would do. But I never regretted what I did!

Kindly brief us about your background

I am from the Kukoyi’s family, my father is a meteorologist at the aero contractor airline while my mum is a teacher. I have a brother and my twin sister.

My father is a Christian while my mum is a Muslim and I am from a polygamous family with 3 other siblings and we are all residence of Lagos state.

For most people, their upbringing played a huge role in their educational performance. What was yours like and to what extent did it influence you?

Yes I agree because most people would want to keep the family name up.

I have always wanted to make my family proud coupled with the years I have spent at home seeking admission in different universities, so I had no choice but to make hay while the sun shines.

I was influenced to even do better and be my best in my academics because of several challenges and circumstances faced. Such includes, the years I have spent waiting at home, together with how my family and other good-hearted people rose up and stood to support me and make it a reality of becoming a university undergraduate. So I had no choice but to make my grades worth it so I can have something to be proud of to show off to them.

Yes, I almost gave up completely. At some point I ran into depression because I used to think I was not destined to be educated. But my friends and family never left my side. 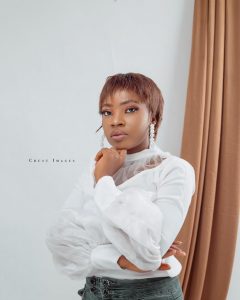 What motivated you to keep trying?

With God and prayers I always believe nothing is impossible except if it’s not the best option yet. So I just accepted my fate and kept praying while God sent an angel in a human form to help me pursue my dream.

Did you ever imagine you would graduate with first class?

No one knows what plans God has for us. I just did the necessary things I expected to do and I left the rest supporting them with prayers and God gave me the best results.

What were the challenges you encountered in making this feat?

Of course there are challenges, but to come out great you have to adjust to those things that are challenging. I had many sleepless nights. Am always time conscious in anything I do. For instance, I have the time to relax and time to work.

How did you overcome them?

I plan my moves. I kept to my plans and became more organized in everything I do. I set a personal reading time table which I followed Sunday to Saturday, Morning and night. And I make sure I go to bed when it’s my fixed light out, which is 9:00pm and am to wake up at 3:00 am to read for as long as I can. But one thing I don’t do is to force nature.

How were you able to manage your academics, business and socials?

Well, I took my primary assignment  seriously by making sure I go through the courses I have set to read that day before the day falls out totally. Having done that, I am free to take in any other social activities such as my hair business and going out to visit friends. Although my outings were minimal.

Would you say the kind of friends you had also influenced your performance?

Yes, the friends I had in school influenced me positively because they were also people with ambition.

What would be your advice to students, who also desire such academic excellence?

I advise students who also desire academic excellence to always keep striving hard and be determined that they can make it. They should always aim high in their grades if at all they want to drop it won’t be too drastic .

Meet Lady, Who Raised Funds to Renovate 16 Toilets and Bathroom During NYSC Year